The CTCA is an association of professional critics, entertainment writers and journalists from the online, broadcast and print media.

The 1970s marked the blossoming of Canadian theatre and its growing legion of new plays and playwrights, among them George F. Walker, David French, Michel Tremblay, James Reaney, George Ryga, John Herbert, and the unforgettable collectives of Paul Thompson’s Theatre Passe Muraille and George Luscombe’s Toronto Workshop Productions, all of which who would help to change the face of Canadian theatre. 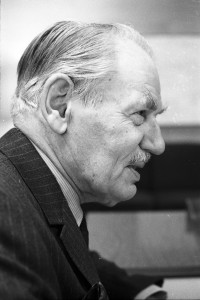 It was 1972 when Toronto philanthropist Floyd Chalmers, one of Canada’s premier patrons of the arts, approached several Toronto theatre critics – Herbert Whittaker, Urjo Kareda, Don Rubin and Janine Manatis – to organize and jury the newly established Chalmers Play Awards. The time was ripe for the critics themselves to organize collectively, and The Toronto Drama Bench was born – its membership: critics from the daily newspapers, magazines, radio and the then “alternative” weeklies which were a product of the times.

Along with undertaking the Chalmers Play Awards’ yearly jurying duties, the Drama Bench, which met regularly in the comfortable quarters of the Variety Club of Ontario, offered a remarkable program of speakers thanks to the inimitable Gino Empry, who was then publicist for the Mirvish theatres and the Royal York’s star-studded Imperial Room. The speakers included theatrical luminaries from Canada, the U.S. and abroad, many of them appearing in shows at the Mirvish theatres. 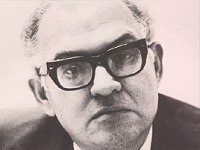 The establishment of the Toronto Drama Bench proved one thing – that critics could do more than just nod to each other in theatre lobbies, and could get together and talk about their profession as well as  make significant contributions to the Canadian theatrical scene. By 1980, the time seemed ripe for an association that would enlarge the accomplishments of the Toronto Drama Bench on a national level.

At first, the task seemed formidable. The country was huge; the question was how to find theatre journalists across the country. Long before the internet was born, the Matthews List was the answer and it soon proved its worth when Jeniva Berger, who was Editor of Theatre Ontario’s Scene Changes magazine, and critic Patricia Keeney, wrote to every newspaper in the country offering their theatre writers the golden opportunity to join the brand new Canadian Theatre Critics Association. It was a bold pitch, later given a boost when Berger and Herbert Whittaker travelled to western Canada to talk to writers and critics and anybody who might be encouraged to spread the word about the new association – or join it.

It was the Toronto Drama Bench that formed the nucleus of the Canadian Theatre Critics Association, along with members from Ottawa, London, Ontario, and in time, Montreal. There was more zeal than organizational expertise when the local members gathered in the quadrangle of the University of Toronto’s Drama Centre, to pound out the mandate of the CTCA, its objectives, goals, and its code of ethics. Herbert Whittaker would be the Founding Chairman, Jeniva Berger, the Founding President. The association was on its way.

Along with presenting conferences and panels on theatre, the CTCA has also enjoyed significant presence on the international level through its membership in the International Association of Theatre Critics under the umbrella of UNESCO.

In 1981, Jeniva Berger was elected to the executive council of the IATC, the first from Canada, while in recent years Don Rubin and Alvina Ruprecht have both served on the IATC Executive Committee as representatives from the CTCA. Many of our members have also been delegates to its international congresses around the world, as well as participants in the IATC’s international conferences for young theatre critics. CTCA members also write regularly for the IATC’s web journal, Critical Stages, with CTCA member Don Rubin serving on its international Editorial Advisory Board.

In the early 1990s, the French-language Quebec theatre critics began their own organization, l’Association Québécoise des Critiques de Théâtre. By agreement between the CTCA and AQCT, both centres now represent Canada jointly, with each paying half the national membership dues to IATC and with each centre alternating representation on the IATC’s international executive every two years.

In 2008, under the leadership of CTCA President Don Rubin, the CTCA hosted an Executive Committee meeting of the IATC and an international seminar on the History of Theatre Criticism, held in Toronto, Stratford and Niagara-on-the-Lake during the festival season. It was one of CTCA’s finest achievements, bringing together international, American and Canadian theatre critics to cement friendships and share common goals in promoting the importance of good arts coverage in the media.